7 Mistakes That Will Ruin Your Nashville Car Accident Claim 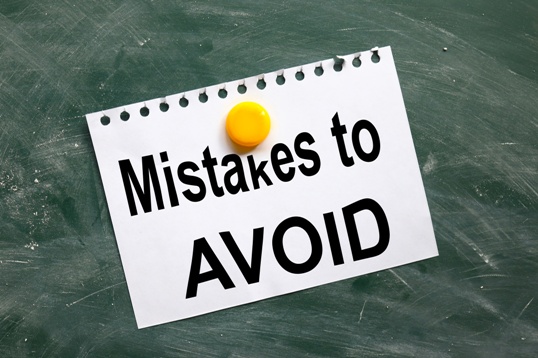 Your chances of being involved in a car accident in Tennessee have recently gone up. According to Department of Safety statistics, the number of car crashes statewide has risen 9.48 percent over last year. If you were one of these unlucky accident victims, questions racing through your mind might include:

If you’ve been injured in a Nashville car accident, you want to avoid making a mistake that could ruin your chances for fair compensation. Common mistakes people make include the following.

Posting compromising photographs or statements on social media will undermine your credibility and could tank your claim. For example, if you claim your leg was hurt in the accident and you can’t walk without crutches, a Facebook video of you playing soccer the next day will score a victory for the at-fault driver’s insurance company.

Giving too much information to the at-fault driver’s insurance company could give them the fuel they need to deny or reduce your claim. Keep in mind that the primary goal of the other driver’s insurance adjuster is to save their company money by establishing that you—not their client—were partially or wholly responsible for causing the accident. The less their client was to blame, the less they will have to pay.

An offer from the other driver’s insurance company may look tempting, especially if you’ve got expenses piling up because of the accident—medical bills, car repairs or a down payment on a new car, and even lost wages. Remember who they work for and reject their offer. The amount they’re offering will be much lower than what you could get with the help of an attorney.

Waiting Too Long to Hire an Attorney

If you’ve been in a car accident that was not your fault, you’re at a disadvantage because you’re in unfamiliar territory. On the other hand, insurance companies handle accident claims every day, and they know all the ins and outs. The longer you try to manage the claims process on your own, the greater the chances are that you could make a costly mistake. In addition, you only have one year from the date of the accident in which to file your personal injury claim.

Fortunately, if it happens to you, Weir & Kestner Injury Lawyers can help guide you through the claims process and get you the compensation you deserve. They will be happy to schedule a free consultation.

The more evidence you collect after the crash, the stronger your claim will be. You’ll need three kinds of documentation:

Even if you weren’t rushed to the emergency room in an ambulance, that doesn’t mean you didn’t sustain injuries. Don’t put off seeing a doctor.
Some injuries are immediately obvious, such as cuts and scrapes, broken bones, and pain from hitting your head in the accident. Others can take hours or days to appear, including bruising. Still others—that you might not think much about at the time—can be extremely serious or even life-threatening. For example, you may feel soreness in your ribs and think it’s only bruising, but under the surface, you may be deeply injured. A misaligned rib bone could puncture an artery, a lung, or another organ, potentially resulting in death.

While you’re at the doctor’s office or clinic, be careful what you say. A casual remark could make it into the medical record and work against you when you seek compensation for injuries. Your medical records are critical to your claim, helping to prove who was at fault, establishing the extent of your injuries, and determining whether a preexisting condition exacerbated them. If you tell your doctor you’re not in that much pain, or it’s not really hard for you to walk, for example, and they note it in your medical record, it could ruin your claim.