The Top 10 Causes of Nashville Car Crashes Resulting in Injury 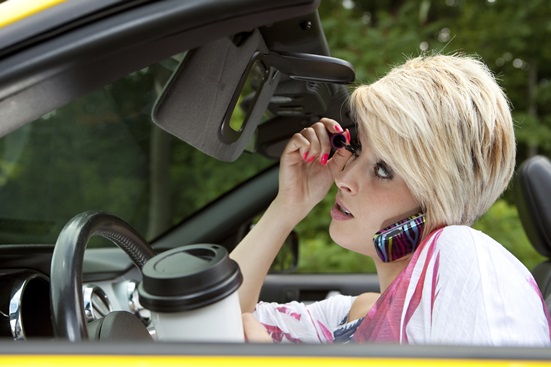 These days, there is more traffic on the roads than ever before—and with more traffic generally comes more accidents. Of the roughly six million vehicle accidents that happen in the U.S. each year, between three and four million result in some form of injury. As a major crossroads for the nation, Tennessee is no stranger to injury car crashes, and in 2019, Nashville traffic congestion hit an all-time high.

The causes of these injury accidents are wide and varied, and in many cases, there may be several factors involved. One thing they all have in common is driver negligence. Let’s do a quick overview of the ten most common causes for car accident injuries in the Nashville area.

Speeding is another leading cause of injury car accidents. When drivers go too fast, they have less time to react to sudden changes in the road or traffic, leading to more serious accidents. Speeding also increases the risk of injury because the impact of a speeding vehicle is much greater than one that is moving more slowly.

Driving Under the Influence

Despite tightening laws and stiffer penalties in just about every state, DUI remains a major issue on America’s roads, killing as many as 10,000 people per year in traffic accidents.

Aggressive drivers pose a serious threat to the safety of other motorists on the road. Rush hour traffic can be notorious for reckless driving as motorists are often in a hurry to get to work. Erratic patterns, quick lane changes, and sudden braking make other drivers less able to respond in time to avoid injury accidents.

Tailgating is another dangerous driving habit. It’s also one of the most common reasons for rear-end crashes, as motorists don’t give themselves enough room between vehicles to respond to quick slowdowns in traffic ahead. Tailgating is also a common cause of specific head/neck injuries like whiplash.

Inclement weather conditions often play a role in injury crashes, especially when drivers don’t use extra caution. Dense fog can seriously lessen visibility, while rain, snow, and ice reduce both visibility and tire traction on the roadways. Even a sudden gust of wind can topple trucks or cause a vehicle to swerve unexpectedly.

Every time a car changes lanes improperly, it increases the risk of an accident. Drifting lanes, misjudging the distance between you and other vehicles, passing on the shoulder, and even failing to use a turn signal all make collisions more likely. Sideswiping a vehicle makes it very easy for the driver to lose control completely, often resulting in serious injuries.

Speeding isn’t the only moving violation that can cause injury accidents. Any time a driver violates the rules of the road, other drivers can’t anticipate their actions. Running red lights and stop signs, improper turns, failing to yield, and other violations often result in injury.

Not Wearing a Seat Belt

Despite being against the law, nearly 1 in 7 people still don’t wear a seat belt in the car. While failing to wear a seatbelt might not cause an accident, it is still worth including on this top-10. Seat belts reduce the risk of death in a collision by 45 percent and the risk of serious injury by half.