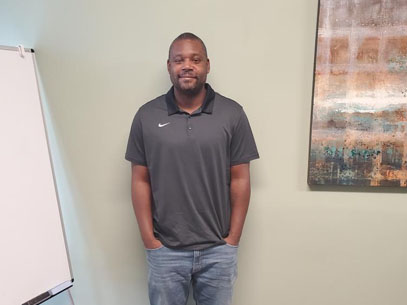 In August 2019, our hard-working client was a passenger in a work vehicle in Davidson County, when he was suddenly rear-ended in a three-car collision.  The negligent driver who caused the accident admitted she took her eyes off the road and could not stop in time to avoid the violent collision.

Our client felt back pain immediately and was taken to the hospital.  The worst part was our client had just had back surgery and this was his first day back on the job.  Importantly, his medical records showed he was pain free and doing well before the car accident.  Unfortunately, the wreck re-injured his back and required a new fusion surgery.  He was frustrated and depressed to be forced to have another back surgery.

He called Weir & Kestner Injury Lawyers for a case review.  We told him that even though he had a compensable work injury he was still entitled to compensation under Tennessee Tort laws.  We explained we would get him the maximum compensation he deserved, while also working with the worker’s compensation insurance carrier to satisfy their subrogation interest.  When a person is injured in a car accident due to the negligence of someone else while on the job, they often are still entitled to noneconomic damages like pain and suffering and lost enjoyment of life via a tort action.

While our client had surgery and recovered, we aggressively went to work for him.  He was given an impairment rating of 7% to the body as a whole after his surgery and recovery.  Only in his thirties our client was facing the prospect of a lifetime of back pain.  We pushed his case aggressively and not only collected insurance money from the at-fault insurance carrier, but won underinsured motorist (UIM) money from his employer’s automobile carrier.

We won our client a significant six-figure settlement, while holding all parties accountable and ensuring the worker’s compensation lien was resolved.  Weir & Kestner Injury Lawyers has helped thousands locally and recovered millions for our clients.