As more people choose cycling as a form of recreation, exercise, and transportation in the Nashville area, the injury and fatality rates for bicyclists, unfortunately, rise as well. According to the Tennessee Highway Patrol, 2018 saw 377 crashes between vehicles and bicyclists across the state, including eight fatalities and 344 serious injuries. There were 60 injury crashes in Davidson County alone that year. What can you do when you are the innocent victim of a careless driver? The first thing you should do is hire an experienced bicycle accident attorney.

Bicycle accidents are not like other traffic crashes and not every personal injury law firm will take a bicycle accident case. At Weir & Kestner Injury Lawyers, however, we fight for victims who were injured by the negligence or carelessness of others, no matter how the injury occurred. When investigating a bicycle crash, we understand that motorists cause these accidents in a variety of ways, including the following:

Motorists are required to give bicyclists room, whether there is a dedicated bike lane or not. When drivers fail to see bikes sharing their lane or refuse to move over when approaching a bike, and the cyclist is hit, the driver is at fault and should be held responsible.

Speeding drivers are not only less likely to see a cyclist on the side of the road or crossing an intersection, but they are also much less likely to be able to stop or maneuver out of the way in time to avoid hitting the bike.

Texting, changing the radio station, setting a GPS unit, eating, and tending to children in the back seat are some common forms of distracted driving that can lead to a collision with a bicyclist.

Just as distracted drivers fail to see bikes on the road, drunk and drugged drivers are often unaware of their surroundings and unable to react in time even when they do see a bicyclist. Impaired drivers are criminally negligent and may also be responsible for paying punitive damages to the victim.

Failing To Yield At Intersections

Bicyclists must follow the same traffic laws at intersections as motor vehicles and should be treated like a vehicle by other drivers. Unfortunately, this is not always the case and cyclists are often hit in intersections by negligent drivers.

Opening A Car Door Without Looking For Cyclists

Often referred to as a “dooring” accident, this is a common way for cyclists to sustain injuries in urban areas. When a car is parked on the street, the driver and passengers should look behind them for cyclists before opening their door. When they fail to do this, they could open the door into the path of a biker, causing a catastrophic collision.

Cyclists suffer serious injuries in these kinds of accidents, including traumatic brain injury, spinal cord damage, multiple fractures, road rash, and lacerations, even when they are wearing the proper protective gear, such as helmets. Depending on the size and speed of the vehicle, cyclists can also be killed when they are hit by a car. 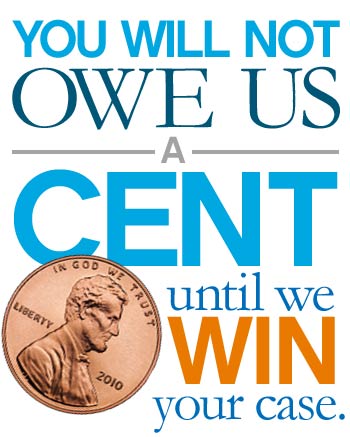 When you are seriously injured by a negligent driver in a traffic accident, you are entitled to recover compensation for your losses. However, the driver’s insurance company is not going to offer this money freely. Instead, the adjuster is likely to offer you much less than you deserve in the hopes that you will want to settle quickly and move on. Our attorneys understand how insurance companies work because they used to represent insurance companies. Now, they are committed to helping the victims of these devastating accidents recover the compensation they deserve, including the following:

As we fight for these damages for you, we’ll make sure you’re given the time and space to heal without being hassled by the insurance company.

Have You Been Injured In A Tennessee Bicycle Accident?

If you've been injured in a bicycle accident you need to speak with an experienced bike accident attorney as soon as possible. Contact us online or call our office directly at 615.220.4180 to schedule your free consultation. We will schedule a time to meet with you at one of our offices in Smyrna, Nashville or Murfreesboro—whichever location is most convenient for you.